The foxes will be part of MYRIAD, a cross media project that allows to understand the Earth as an interdependent global system through the raw beauty of Animal Migration: one of the biggest adventures on earth. This includes 360°-3D Documentary as well as a Fulldome Projection.

The task was to shoot a walking fox, in stenographic 3D, chroma-keyable, with as much pixel-per-fox as possible, preferable loopable, trackable and only one aces moving. In two different distances, as well as some beauty shoots, letting the fox be a fox, close to the viewer. Sounds easy. But the task beforehand was to figure out what is actually needed. What would still be ok and what to do if the animals react in such and such ways. There had been some intensive prep with the technical director, the zoo keeper, the postproduction company to accommodate all the need that accrue if you combine wildlife with a rather technical setup. 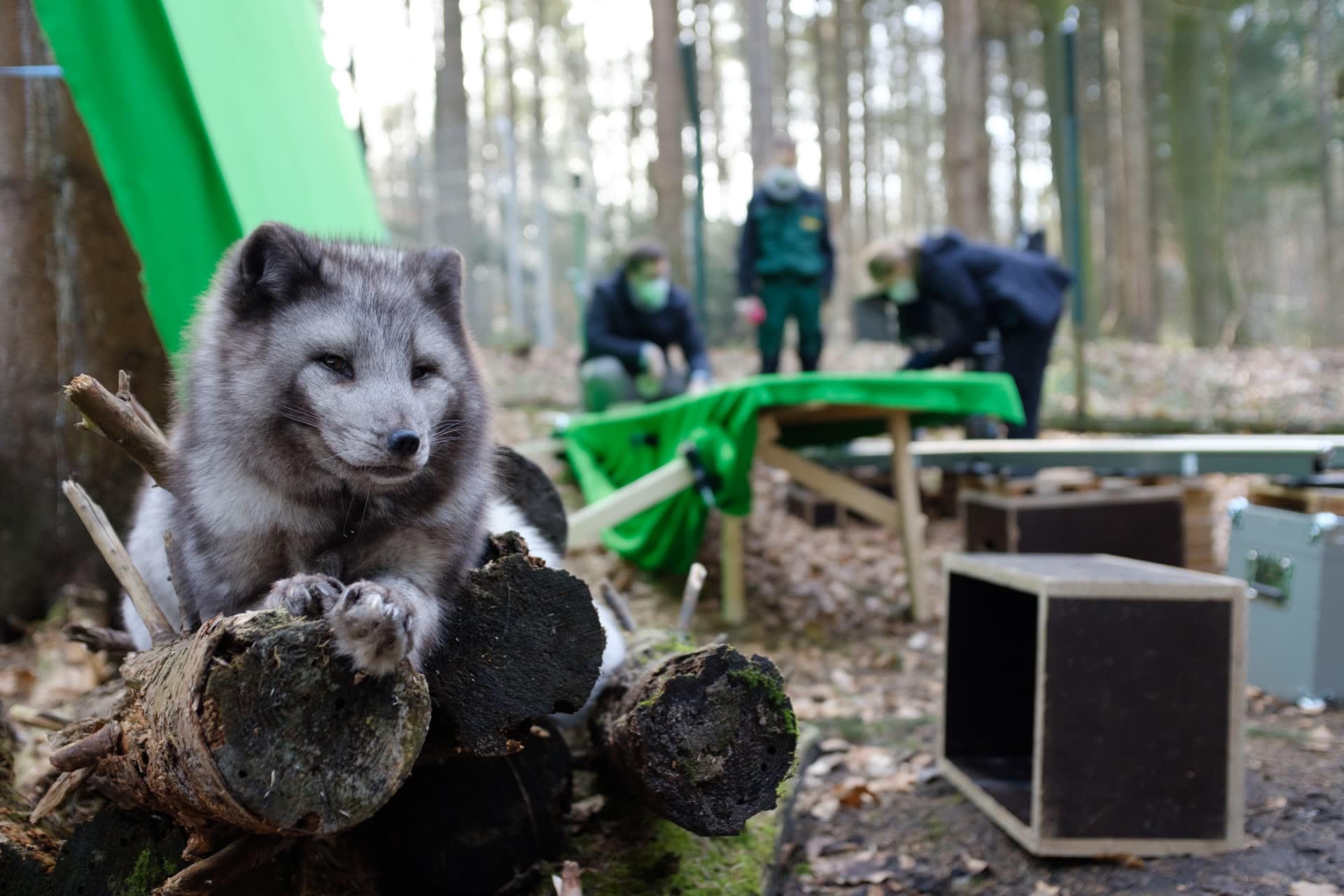 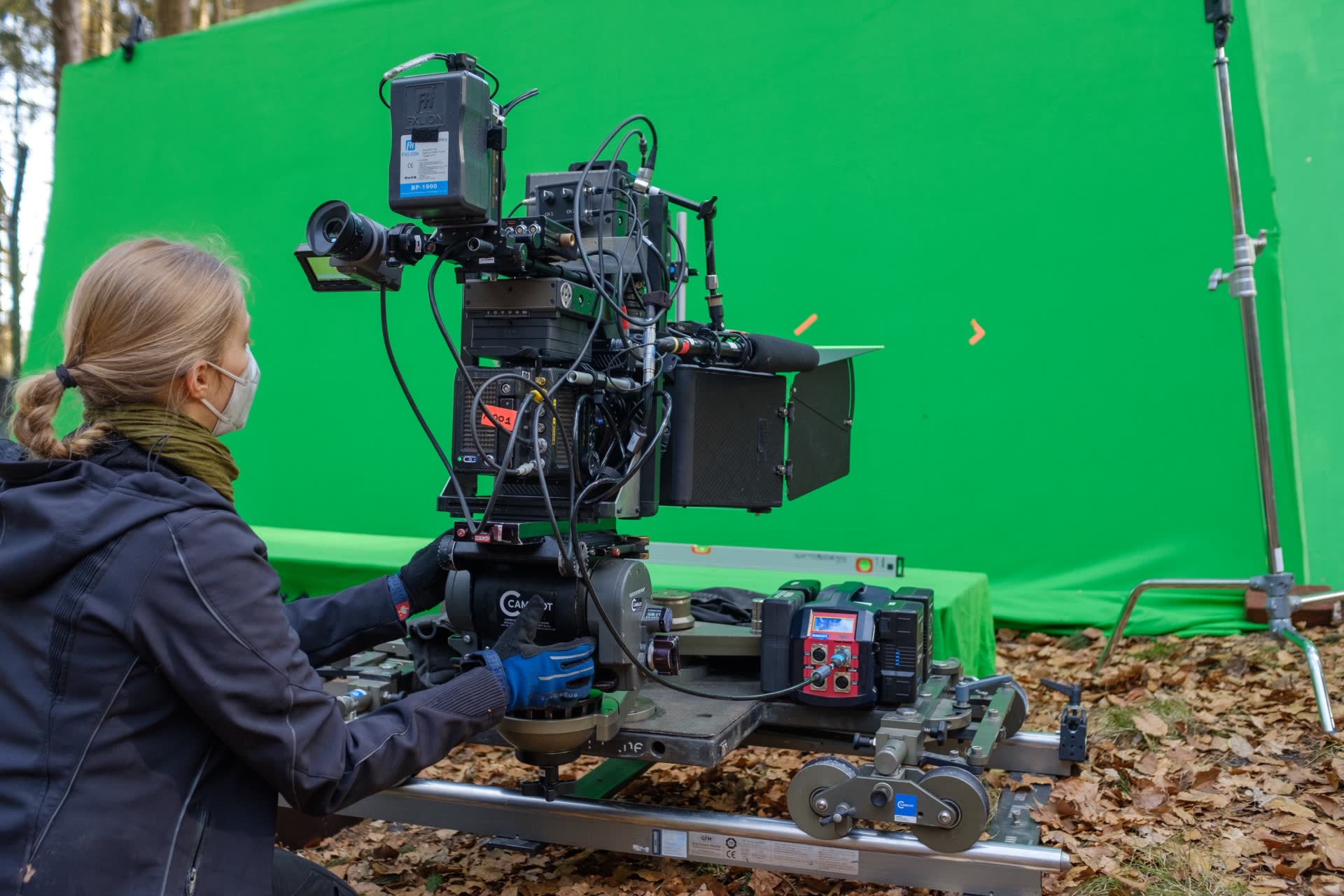 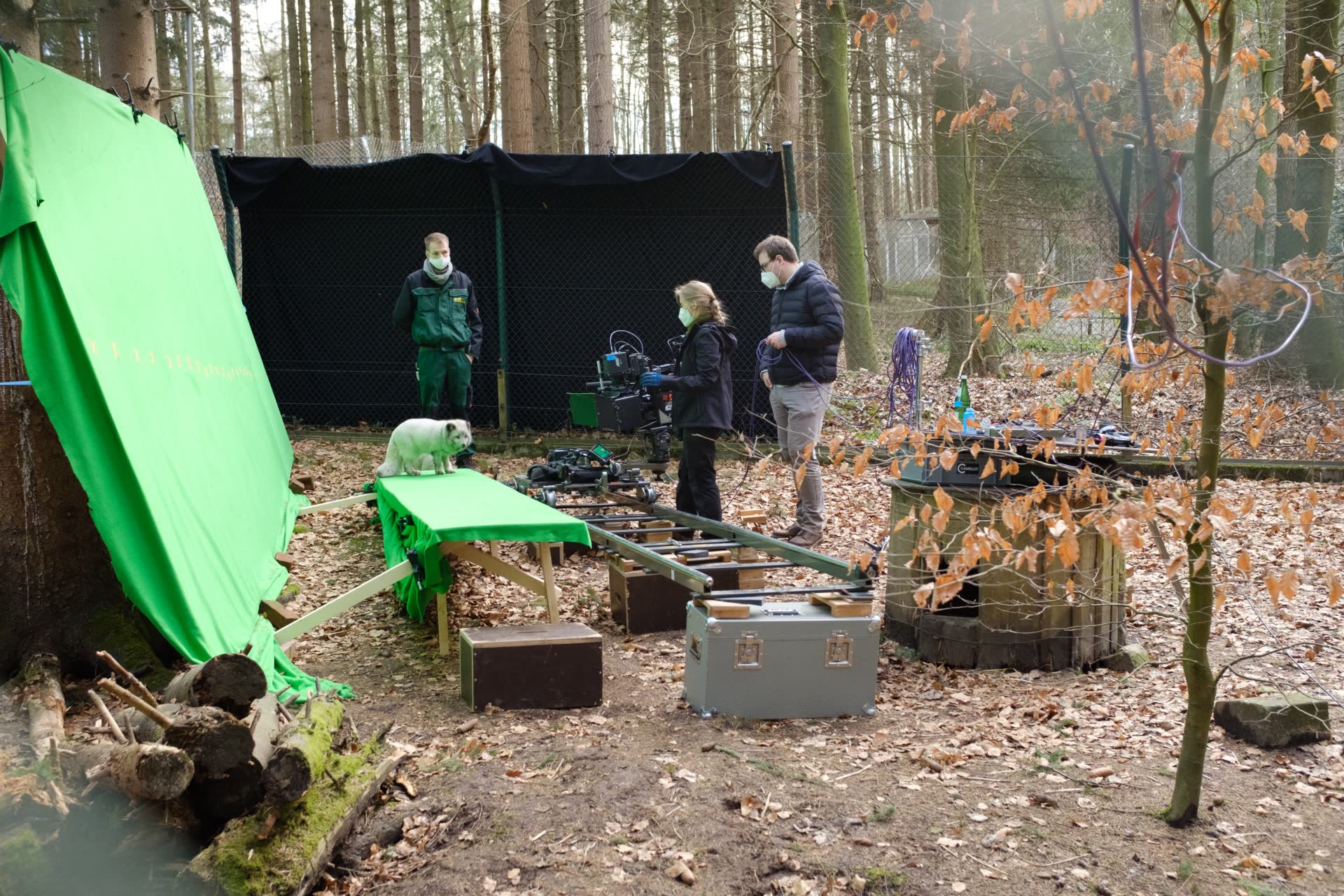 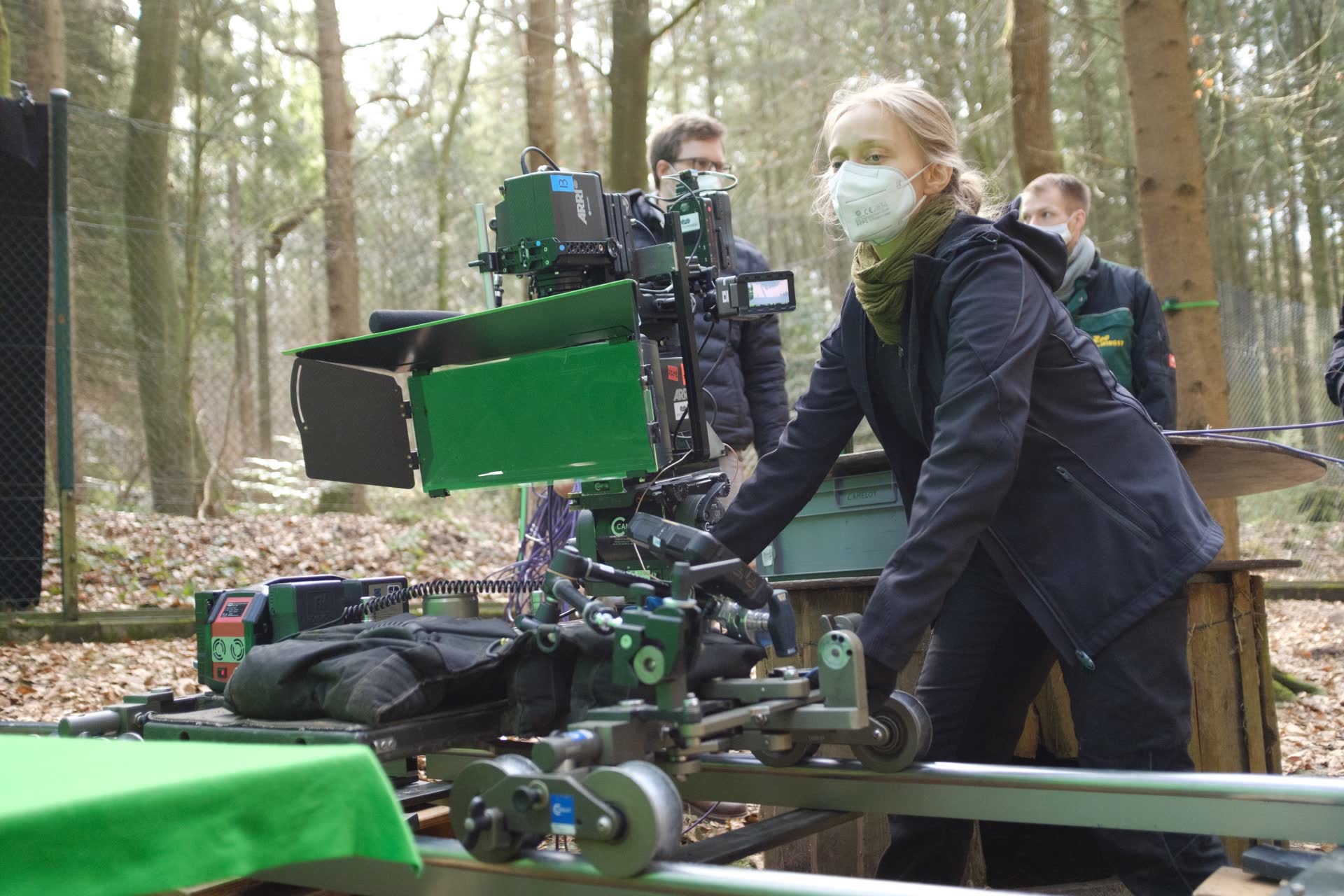 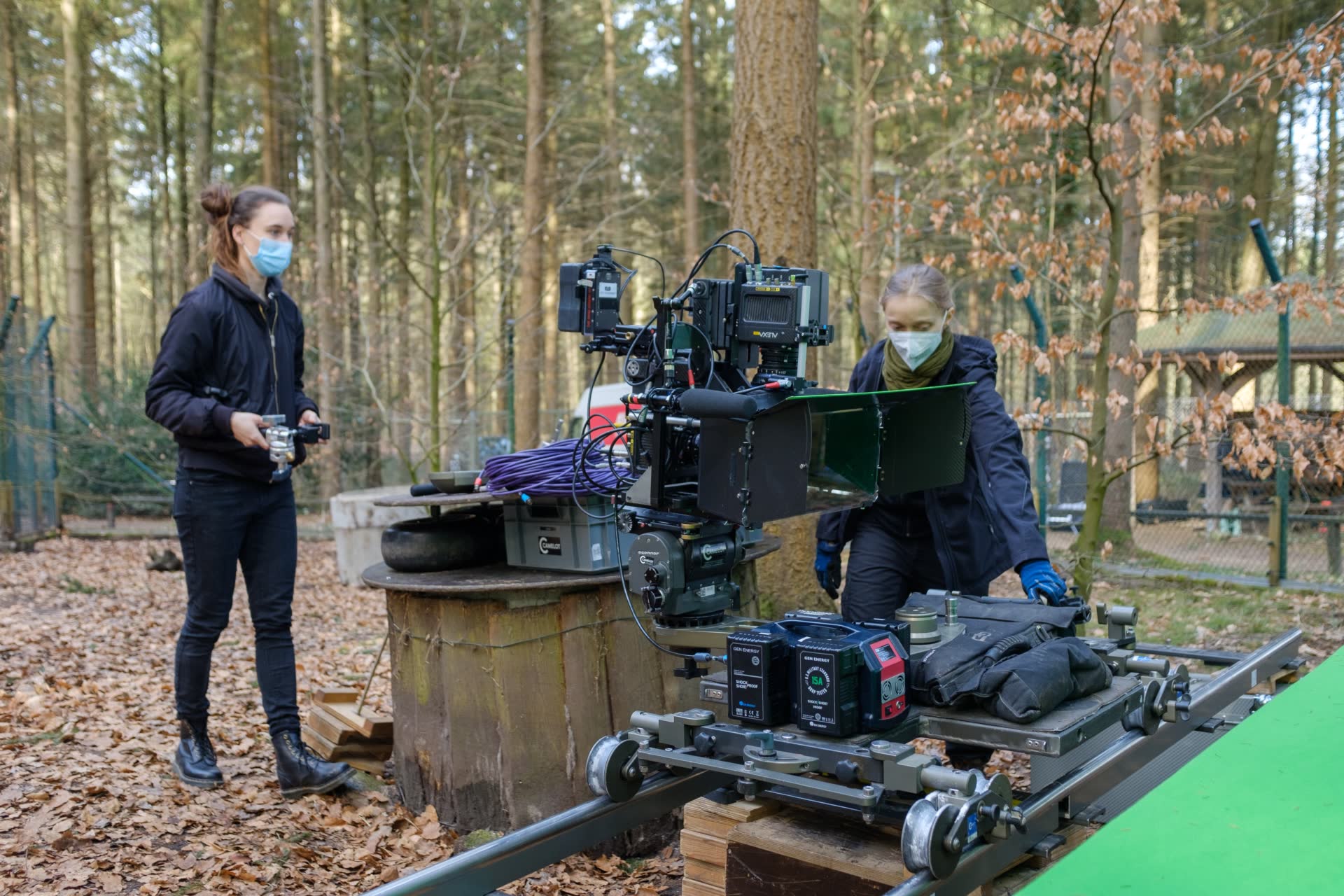 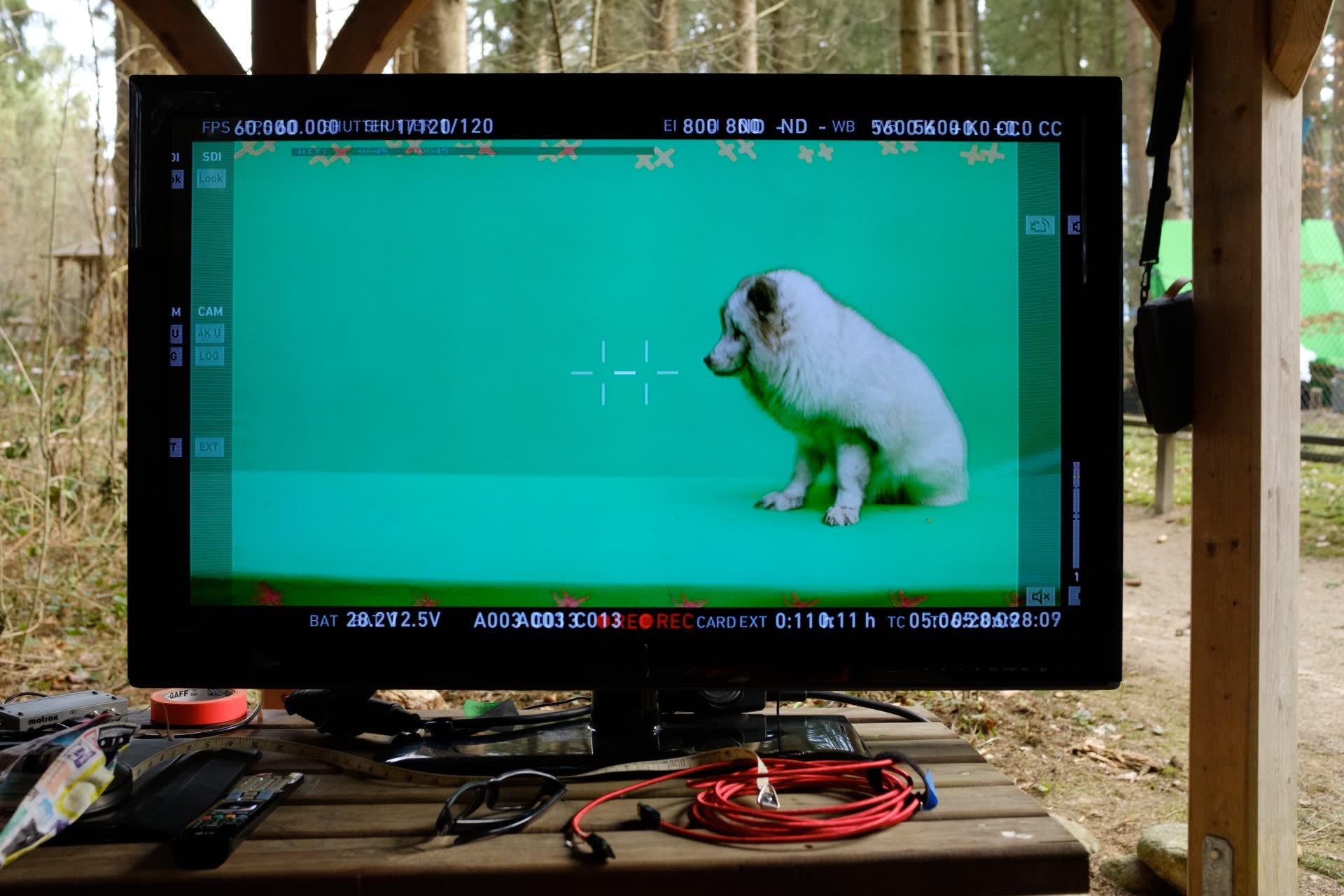 I designed a catwalk with a backdrop. It’s been placed in the enclosure a view weeks beforehand, so that the animals can familiarize with it. Meanwhile we find a way to used the GFM dolly as a slider, to mount 2 Alexa Minis and the ALPHA 3D RIG as low as 40cm. Because the fox don’t like to jump much higher and the ground was rather uneven.

Tilda and Cesar the polar foxes in Wingst turned out the be a great cast. They’re carefully marked all the equipment we brought in and only argued how much wooden wedges they can keep. Beside that, they’re liked our catwalk, the camera setup and let me be as close as one meter run with them. That was actually the best distance to get the most perfect, natural roundness to integrate the life-action into the CGI world.